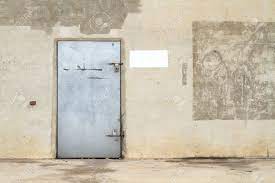 Safeguard Supply guarantees their ERA-UTDCR Business Door Chime products to work or your money back. This is because of the 4,000 ft. range, from the transmitter or sensor to the receiver. Simply put, you won’t find wireless products with this kind of range on Amazon.com or your local box retail store. When dealing with any wireless products, it’s important to understand that the stated wireless range is always “line of site.”

With that said, a range “up to” 4,000 ft. line of the site should be sufficient in most situations. As stated above, there are physical and environmental factors that will reduce the effectiveness of the wireless signal. If a wireless push button is outside and must penetrate concrete block construction, this will reduce the wireless signal by up to 50% right off the bat. Every interior wall will reduce the signal by another 15%-30%, depending on the materials used, the thickness of the walls, etc. If you are placing a magnetic door contact, like the ERA-UTX, on a solid steel door, think about the fact that this wireless signal will bounce off the door and must also penetrate the steel. That’s why, even with the ERA line of products, you might have a receiver that works fine in the first couple of offices, but as you distribute them throughout your warehouse, you may find receivers that start to drop the signal.

Is There a Way to Boost the Wireless Line of ERA Products?

Although this is rare, there may be situations where you need to increase the wireless range on the ERA line of products by Safeguard Supply. To do that, we use a combination of two products, the ERA-EXTX doorbell extender, and the ERA-DCRX desktop, wall hang receiver.

The ERA-EXTX is a wired doorbell extender by Safeguard Supply. In most cases, it is used to wire into an existing wired doorbell, and when triggered, sends a radio signal to a compatible ERA receiver. When a visitor outside pushes the wired doorbell button, the existing doorbell rings as normal. At the same time, the wired in ERA-EXTX will transmit a radio signal to the ERA receiver which will play the programmed melody. In addition to this, the ERA-EXTX can be used, along with the 12V DC outputs on the ERA-DCRX receiver to transmit a signal another 4,000 ft. to an additional ERA receiver.

There are three receivers in the ERA line of products. All ERA receivers are compatible with one another. Each works with up to 12 different ERA sensors/transmitters and an unlimited number of receivers may be programmed to a sensor. Each receiver has a wireless range of up to 4,000 ft. from an ERA transmitter or sensor.

The ERA-RXPG is a plugin receiver with a built-in strobe light. Simply plug it into a standard wall outlet, program it to the receiver, and set the operation mode to sound, strobe, or sound + strobe and you have a great wireless door chime alert.

The ERA-VPRX is a portable receiver with built-in rechargeable batteries. It also has a 4,000 ft. range and may be set to chime only, vibrate only, or sound + vibration mode. It may be clipped on a belt loop, is small enough to place in your pocket, or can stand upright on a desktop. With a six (6) day standby time between charges, it’s a great portable receiver.

In a typical scenario, a customer has an ERA-PBTX push button or the ERA-UTX on an exterior steel door of their warehouse. Most of the receivers inside the warehouse will work properly, but some, because of interference, may be outside the range. If you have an ERA-DCRX desktop or wall-hanging receiver within range, you can hook up an ERA-EXTX to a 12V DC output on the receiver. When that receiver is triggered, it will trigger the ERA-EXTX (just as a wired doorbell would) to send a radio signal another 4,000 ft. to another programmed receiver.

*In order for this setup to work, you must have an ERA-DCRX that is within range and working correctly from an ERA transmitter or receiver. We will call this “receiver 1” in the steps below. The “out-of-range” ERA-DCRX will be referred to as “receiver 2.”