This is a rubber hose-based driveway alarm kit by Dakota Alert.  When an automobile drives over the rubber hose it will send a wireless signal up to a mile away to the included chime receiver.  The kit is expandable enabling you to add more receivers and additional transmitters. 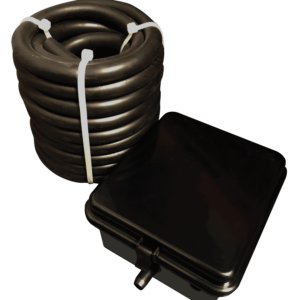 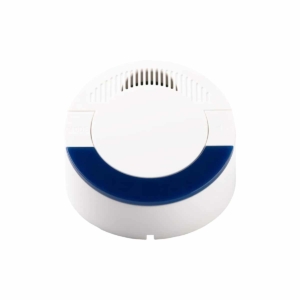 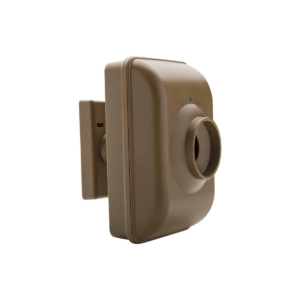 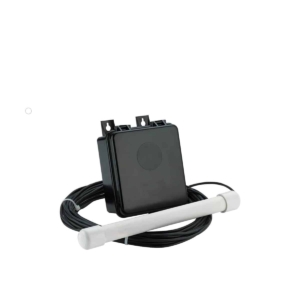 Remember the days when you pulled into a gas station or through the dry-cleaners drive-thru, over the rubber hose to hear the ding sound?  The DCRH-4000 by Dakota Alert is a Rubber Hose Driveway Alarm-1 Mile Range product that is activated when a car drives over the rubber hose included in the kit.  Although the technology of rolling over a rubber hose has been around for a long time, it continues to be a very reliable form of driveway alarm.  A heavy object rolling over the rubber hose triggering the sensor eliminates false alarms by things like animals, falling leaves, etc.

Couple that reliability with the power of a 5000 ft. wireless range and you have a beautiful marriage.    The Dakota Alert DCRH-4000 is a pneumatic (rubber hose) sensor-based driveway alert system that will transmit a wireless signal up to 5000 ft. (line of sight).  The kit comes with 25 feet (3/8” diameter) of rubber hose connected to a transmitter box.  The transmitter is powered by a 1 x 9V (not included) battery. When triggered (car rolling over hose) the transmitter sends a wireless radio signal up to 1 mile away to the included chime receiver.

The receiver will play the selected melody (12 to choose from) when triggered.  You can purchase additional receivers (DCR-4000) to distribute the sound throughout the area where you want to hear the sound.  The receiver features a volume selector button and may locate up to 1 mile from the rubber-hose transmitter.

The DCRH-400o is a rubber hose-activated driveway alarm kit that is triggered when a car or truck rolls over the included rubber hose.  This pressure change in the hose activates the sensor and it then transmits a radio signal up to 5,000 feet to the included receiver.

The kit includes 25 feet of rubber hose that you would stretch across a driveway or other paved surface. Connected to the rubber hose is a transmitter powered by a 9V alkaline battery (included). The rubber hose and transmitter are outdoor, and weatherproof rated. The air pressure created in the hose when an automobile rolls over it triggers the transmitter and instantly transmits the radio signal to the receiver which will play a selected melody or chime sound.

Up to 12 different sensor/transmitters are compatible with each receiver such as the DCMT-4000 PIR driveway sensor, the DCPA-4000 probe sensor that detects cars only, and the UT-4000 universal transmitter. When assigned to the DCR-4000, each transmitter will play a selected melody enabling you to distinguish between a triggered sensor.

In addition to adding transmitters/sensors, you can also add an unlimited number of receivers to this kit such as the included DCR-4000, the PR-4000 portable receiver, and the RE-4k-PLUS receiver with 12V outputs and a C-form relay. Note: the kit includes the DCR-4000 receiver. A similar kit on this website, the DCRH-4K PLUS has the same transmitter but features the RE-4K-PLUS.

Love this. Glad we bought it and have passed info on to friends. Thank you for an easy set up.

I have had great luck with the rubber hose driveway alarm. I have a long driveway with lots of trees between the hose and the sensor in the house and I’ve never had problems. It also got here way sooner then planned. Thank you!

I was immediately impressed with the ease of set-up and efficiency. Gives my home an extra level of comfort and safety. Excellent sound and I love the different numbers of sound to choose from!

I
I. (St Louis, US)
Driveway alarm

Works well and arrived ahead of schedule

We live 800 feet off the main road. It’s reassuring to know when someone is driving up our driveway, we are alerted.

Love the rubber hose driveway alarm. We have a long, wooded driveway, and it works perfectly!