Extended Range (3-4 miles) wireless driveway alarm to detect vehicles only. Simply bury the probe shallow in the ground and when a metallic object passes, it triggers the transmitter to send a wireless signal up to several miles. 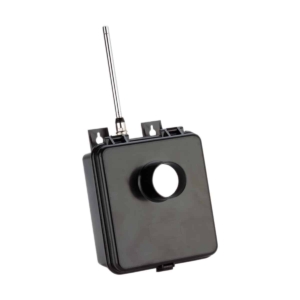 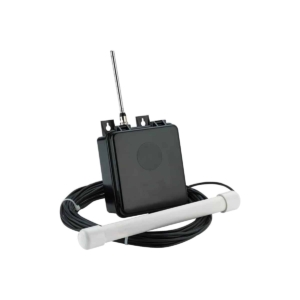 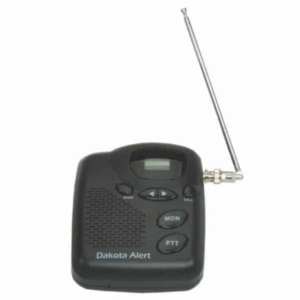 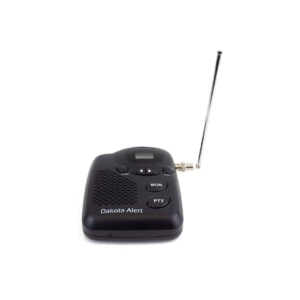 We needed a driveway alarm for people who need a super range product.  Something that could alert them whether they are in their home or office, or working hard on their ranch.  Dakota delivers!  The MAPS-BS-KIT Driveway Alarm Detects Cars from Miles Away!

This extended range wireless driveway alarm is perfect for situations where the driveway is a very long distance from the house (or office) or where there are environmental factors that interfere with other driveway alarm models.  The radio service used to transmit the wireless signals on this unit makes it ideal for terrain, woods, hills, etc. which tend to limit other models.

Stucco, metal, and concrete, are all elements this system deals with better than some of the other units.  If a handheld walkie-talkie can communicate from your driveway to the inside area where you would place the receiver, then this unit would work as well.

The “MAPS” system will detect large metallic objects and won’t trigger movement from animals or people.  The MURS driveway alarm products will pick up any movement but the MAPS system will only detect automobiles.

These KITs are long-range wireless driveway alarms by Dakota Alerts. This driveway alarm system uses Multi-Use Radio Service to transmit a wireless signal to the receiver/speaker.

The MAPS wireless driveway alarm system uses a probe that is buried in the ground.  From the probe, there’s a wire that connects to a wireless transmitter, which will send the wireless signal to the transmitter.

The image below is an example of the outdoor probe installed. The probe is buried in the driveway, with the transmitter posted on the backside of a pole.

I received my order very quickly. I reviewed the instillation instructions and they are quite clear. I have not as yet installed my product.

So far so good, had it for a short while, it does what they said it would do

R
R.
This is the second system I tried.

This is the second system I tried. You pay a bit more, but it is worth every penny. rnrnThe installation is simple, the reliability, at least to now, very high. There is an occasional false alarm, but it has to be lightening and thundering for that to happen.rnrnI am very satisfied with the system. It also allowed me to avoid repair of a damaged built in system that would have cost thousands.rnrnRicardo.