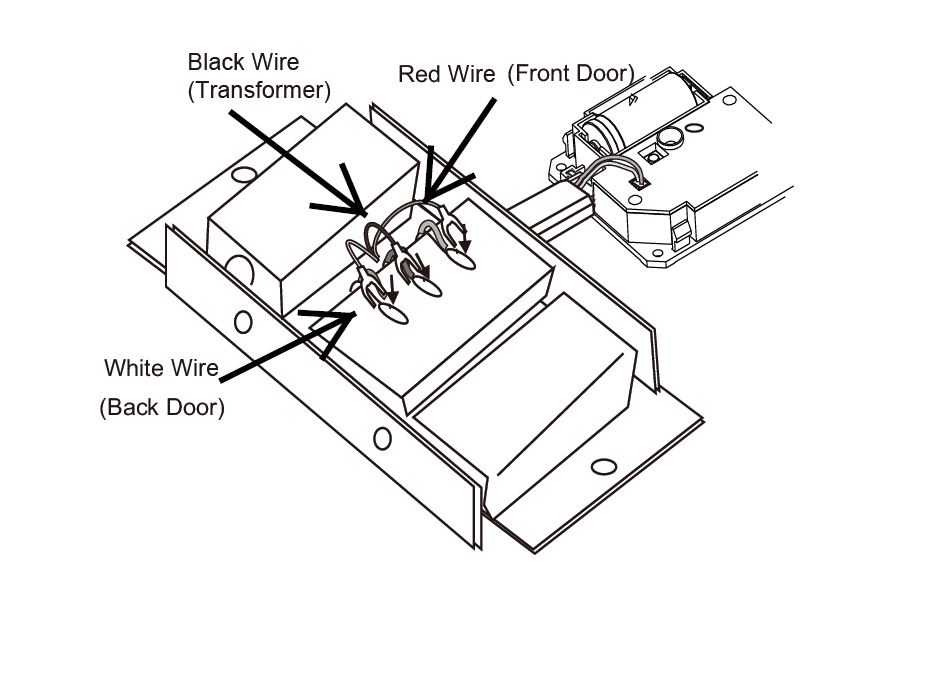 Since 1800doorbell.com started back in 1998, we continue to get a common question, “How Can I Make my Old Doorbell Louder?” This is a great question

Noting the paragraph above (make and old doorbell louder), the sound is created from a very simple process; a small hammer striking a metal plate inside the doorbell mechanism. It’s not hard to understand why the common wired doorbell isn’t very loud. Most wired doorbells will create a sound in the range of 75-85 dBA. It’s usually loud enough to hear in the basic areas of your home, but if you’re down in the basement or your bedroom watching television, they just aren’t loud enough to hear.

There is an easy solution and that’s called a “doorbell extender.” These are easy-to-install wireless products that allow you to hear your wired doorbell throughout your home or office. These products offer the benefit of getting to keep the pretty push-button outside to great visitors and the attractive doorbell in your foyer while making the system easier to hear throughout your home.

What is a Wired Doorbell Extender

There are two different flavors of transmitters. One version of the transmitter features a small microphone that essentially listens for a doorbell sound. When this sound is detected, it triggers the unit to send the radio signal to the receiver, which then plays the chime sound. The transmitter is typically mounted near the wired doorbell (usually in the foyer of your home) with the small microphone being close enough to hear the doorbell sound.

The second type, and the type we carry here at 1800doorbell.com, wires into the existing wired doorbell in your home. The same electrical signal the triggers the wired doorbell hammer to strike the metal plate also triggers the transmitter to send a radio signal. This system tends to be much reliable as it only triggers when the doorbell itself it triggered.

How Basic Wired Doorbells Are Wired In Your Home

How to Wire a Doorbell Extender

The transmitter comes with a high-powered lithium battery that should last 2-4 years before replacement. This battery is used to power the transmitter to send a radio signal to the compatible receiver when triggered. Once wired into the wired doorbell, the transmitter is may be mounted on top of the doorbell cabinet, besides it, or if there’s enough room, hidden inside the cabinet.

When a visitor pushed the doorbell button outside, the increase in amperage running through the circuit will cause your wired doorbell to chime as usual, and at the same time, trigger the transmitter to send a wireless signal to the receiver.

Ways to Increase the Sound of a Doorbell Extender

The benefit of using wireless systems in your home is that the receivers tend to have more features than the old doorbell that might be installed in your home. For example, models on 1800doorbell feature volume control, strobe light, and the choice of different sound options. In addition to this, the two models we carry have a range of 1,000 ft. (LRA-EXTX) and 4,000 ft. (ERA-EXTX) to guarantee the product has the power needed to traverse long distances and through the building materials found in your home. Another benefit is that you can add additional receivers throughout your home.

For example, you could place a plugin receiver in the kitchen, the garage, the basement, and the upstairs bedroom to ensure you don’t miss a visitor to your home. As long as the receiver is within range, the unit will trigger when a visitor pushes the push button outside your home.

Another important aspect is the fact that you can mix and match receiver types, along with different transmitters and sensors to augment your system as long as they are in the same model line. For example, if you were to purchase the ERA-EXKIT, you can add desktop receivers, motion sensors, wireless push buttons and, driveway monitors, as well as more plugin receivers to grow your system.

There are two different model lines, or series of doorbell extenders featured on 1800doorbell. For the most part, the systems are very similar and comes down to the wireless range of the system.

The wireless range of both of these kits (from the transmitter to the receiver) is up to 1,000 ft. Keep in mind, that whenever we mention a wireless range, this is always the distance measured in a laboratory. This line of sight is measured with zero interference and although all real world usage of the product will have interference, this product is ideal for smaller and mid-sized homes. Since the extender is located inside the home, the 1,000 ft. range should work for most homes of this size. The difference between the ERA-EX1000S and the ERA-EX1000 is the receiver type, plugin and desktop respectively.

If you have a larger home or office or want to put a receiver in a basement or detached garage, you may want to use the ERA series of products.

The ERA series of products by Safeguard Supply was created to cater to the commercial industry. Commercial locations tend to have larger distances to traverse and thicker building materials such as brick, concrete, and even steel rebar, and the 4,000 ft. wireless range of this series makes it ideal. If you are every thinking of adding additional sensor types, like an outdoor driveway monitor, and you have a larger yard, you may also want to go with this product line.